As Rick James aptly said, “cocaine is a hell of a drug” and cocaine heart damage is one hell of a problem.  Cocaine is both mentally and physically addicting for several reasons and affects users in all parts of their lives. Cocaine is the second most popular recreational drug and thus can is a huge drain on healthcare resources. Hopefully this article will make you think twice before you decide to be the next Charlie Sheen and bang “seven gram rocks.” (Spoiler: it doesn’t give you tiger blood). Let us make this very clear, apart from medicinal use, one cannot use cocaine safely. 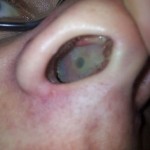 Cocaine comes from coca leaves and is actually one of the oldest psychoactive drugs known to man. Throughout the years cocaine was used in elixirs, medicine, and recreation. In fact, Coca Cola is in part named after cocaine as trace amounts of cocaine were mixed with the cola to enhance the user’s experience. Cocaine can be used in two different forms that has to do with how soluble cocaine is in water. Water soluble cocaine is known as the powdered cocaine and can be used by injection or by snorting (by the way, repeated snorting can cause you to erode the bone that separates the nostril also known as septal perforation). Water insoluble cocaine must be prepared and can be smoked; this is crack cocaine.

Cocaine works by attaching onto dopamine receptors, and preventing dopamine from being recycled. This leads to an increased amount of dopamine which triggers your brain’s pleasure and reward centers. So instead of earning dopamine release by exercising and lifting (we have a great resource on that topic), cocaine allows you to have it for free. In addition to dopamine, cocaine prevents serotonin and norepinephrine from being recycled as well. 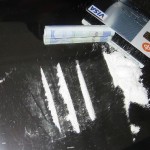 Cocaine usage over time leads to chemical imbalances. Receptors in the brain become used to cocaine preventing dopamine, norepinephrine, and serotonin from being recycled. The body recognizes this and therefore decreases the amount of receptors that these hormones can bind to. This is what leads to tolerance and even more cocaine is required to achieve the same high. As time goes on, more and more cocaine is needed to reach the same level.

How Cocaine affects the heart and cocaine heart damage

Cocaine most certainly affects the cardiovascular system negatively. Cocaine causes narrowing of the blood vessels throughout the body and increases blood pressure. This includes the blood vessels that supply blood to your heart. Increased heart rate, blood pressure, and narrowed arteries that feed your heart lead to heart attacks and death of myocytes (cells of the heart). Cocaine also stimulates your alpha and beta receptors which leads to increased force of contraction of the heart and forces your heart to pump very vigorously. Repeated heart attacks can lead to cardiomyopathy, however technically this is not considered cocaine induced cardiomyopathy.

When using cocaine in the long term, studies have found that the left ventricle decreases its ability to pump blood forward. Cocaine induced cardiomyopathy is when long term cocaine use causes a decrease in ventricle contraction globally (instead of heart attacks that may cause decreased ventricular contraction in specific areas of the heart). It is believed that the late Whitney Houston died because of heart disease and cocaine. Without Iron Man’s Iron will, Robert Downey Jr may have suffered the same fate.

If a patient comes in having used cocaine like Tony Montana, the underlying principle to treating this in the acute setting is by reducing neurologic and cardiovascular effects. Treat hypertension with vasodilators including nitroglycerin and treat cocaine overdose with benzodiazepines. The patient should be admitted to the ICU for monitoring and treatment.  Treatment of cocaine heart damage depends on the severity of the damage and generally is treated similarly to congestive heart failure due to other causes such as coronary artery disease or hypertension.

Why we don’t use beta blockers with cocaine

Dr. Kharod is a native of the sunny coasts of Tampa, FL. Dr. Kharod recently secured a coveted Cardiology fellowship at the University of South Florida and will return to Tampa to continue his training.