Home / Heart Disease / The Four Valves of the Heart Explained

What Is a Heart Valve?

What Are the 4 Valves of the Heart? 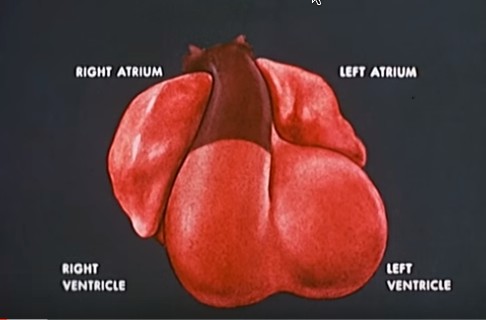 If you remember, the valves of the heart are there to stop blood leaking backward, allowing blood to go forward where it is needed. Leakiness of heart valves is known as regurgitation. For example leakiness of the mitral valve is called mitral regurgitation, commonly solved with procedures like the MitraClip.

The degree of leakiness is usually graded as trivial, mild, moderate, or severe. Trivial or mild leakiness is common and generally of no significance. Moderate leakiness does not usually cause a problem but does need an eye kept on it to make sure it doesn’t progress into severe leakiness over time. Severe leakiness may cause problems and need surgery or another procedure to fix it.

Why is Severe Valve Leakiness Bad?

Severe leakiness of heart valves causes 2 main problems. First, it allows blood to leak backward placing increased stresses on the chamber into which the blood is leaking, leading to enlarged chambers. Secondly, since the blood is leaking backward and not forward where it is needed, there may not be enough blood going forward causing a chain effect within the heart. Taken together, this can lead to signs and symptoms of heart failure. Regurgitation can affect all 4 valves of the heart.

Heart valves allow blood to go forward but not leak backwards. When the valves become too tight it is known as stenosis. For example, tightness of the aortic valve is known as aortic stenosis. Stenosis is usually classified as mild, moderate or severe. Mild and moderate stenoses are not usually of significance and need no specific treatment. Severe stenosis can be a serious issue however and may need a procedure or an operation to fix it.

Why is Severe Tightening of the Heart Valves Important?

If the valve is too tight, the heart will have to work harder to pump blood through the heart, a stress that will eventually cause it to burn out. Also, since the valve is tight, not enough blood can go forward to meet the bodies needs. This can lead to heart enlargement and signs and symptoms of heart failure. Stenosis can also affect all 4 valves of the heart.

How Do Doctors Assess Heart Valves?

When patients have heart valves that are too leaky or tight, the heart makes sounds known as heart murmurs than can be picked up by the use of a stethoscope. All 4 valves of the heart make different patterns when they are diseased, and recognition of these patterns often allow doctors to identify the diseased valves. When murmurs are discovered, patients will often be sent for a heart scan known as an echocardiogram.