Heart Bypass Surgery is an open-heart surgery that is used to treat blockages of the heart arteries. When there is a heart artery blockage, blood supply to areas of the heart are affected. A heart bypass is attached beyond the blockage restoring blood flow to that area. Heart bypasses are either arteries or veins taken from other parts of the body including the chest wall and the legs. This article is a picture guide to heart bypass surgery that takes you through many critical stages of the operation. 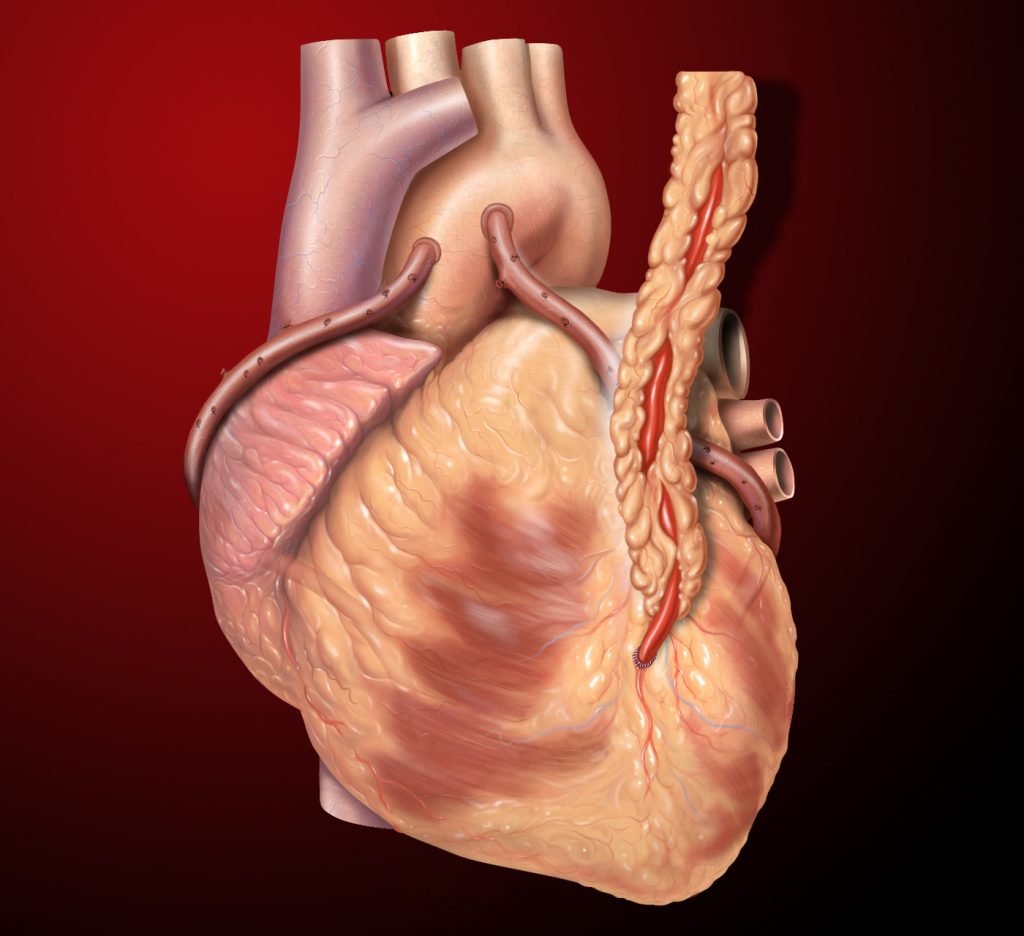 The most well known bypass is called the LIMA to LAD. LIMA stands for left internal mammary artery and is an artery that runs from the left collarbone area down the chest wall. LAD stands for left anterior descending artery which is the artery commonly responsible for the ‘Widowmaker Blockage.” In a bypass it is carefully taken down from the chest wall and attached beyond a blockage acting as a bypass. The LIMA to LAD is very successful as a bypass and has good long-term results. In other types of bypasses, arteries can be taken from the forearm, or veins can be taken from the legs. Read this article on heart blockages and this article on the ‘Widowmaker” for more information. This article titled “how long does a bypass last” is useful and goes in to a little more depth about the different bypasses. 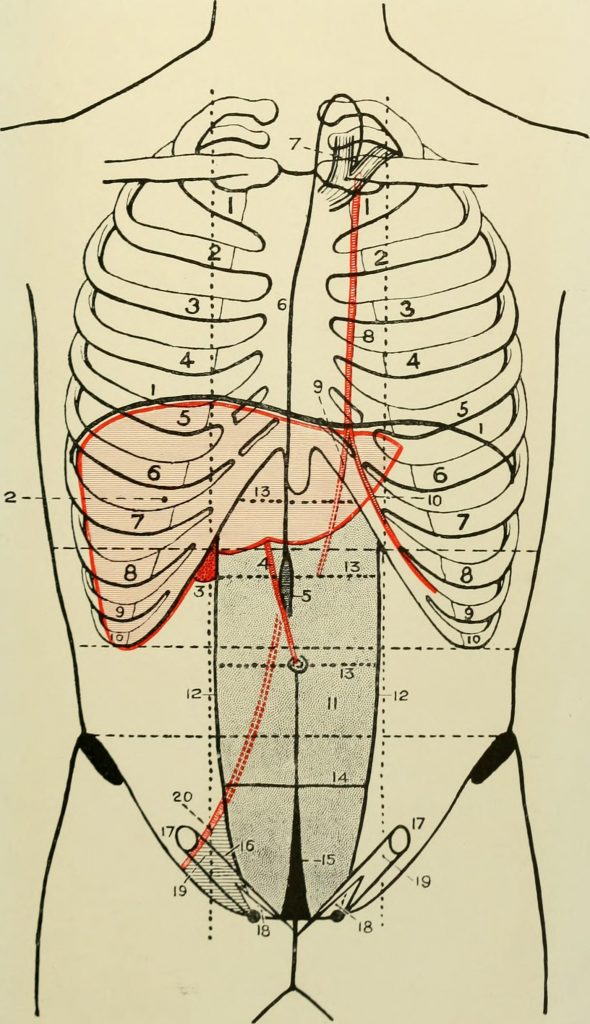 The Left Internal Mammary Artery (LIMA) is depicted here and is labelled #8.

The first operative step in a heart bypass surgery is cutting the chest wall to expose the breastbone. A scalpel is used initially. Then electrocautery is used to dissect through the superficial layers. In these images the superficial tissues are dissected through, then the deeper layers down to the breastbone.

Heart bypass surgery is an open-heart surgery and the heart needs to be exposed. In the case of bypass surgery this is done by sawing through the breastbone in a technique known as median sternotomy.  A specially designed electric saw is used for this. A median sternotomy is demonstrated in the next image. Once the bone is cut, small bleeders are cauterized to stop the bleeding.

Freeing Up the LIMA

As described above, the best bypass to use when possible is known as the LIMA. This runs on the left inner chest wall. In this next image the breastbone on the left is retracted and then the LIMA is freed up from the chest wall so it can be used as a bypass.

In the old days of heart bypass surgery the leg was literally cut open to expose then harvest the leg veins to be used as bypasses. A more modern technique is known as endoscopic harvest where a small endoscope is inserted in to the leg and a keyhole technique is used to take out the vein to be used as a bypass. This leaves us with a much smaller leg wound and improved healing with less complication. 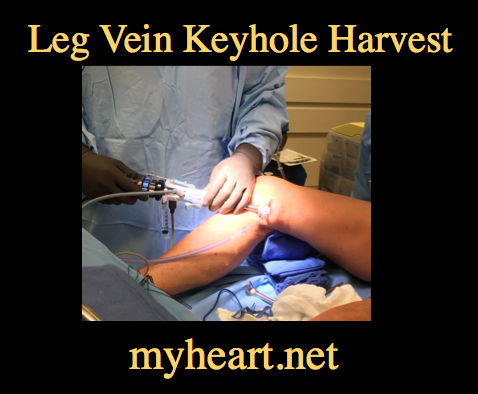 Putting the Patient On Cardiopulmonary Bypass

The bypasses are cut appropriately. The small branches on the side are clipped so blood isn’t lost when they are attached. The veins are expanded with fluid to ensure they are competent for use.

heart bypass surgery preparing the vein to use as a bypass

The arteries to be bypassed are carefully exposed. The bypass grafts are then carefully attached. Good technique here is critical to ensure good results.

Once the heart bypasses are attached the heart can be restarted so it can start beating again in its normal fashion.

The breastbone is closed using a technique known as sternal wiring to hold it together until it heals over time. After that the superficial tissues and the skin can be sutured together. Drains are left in the heart sac and the lungs to allow drainage of blood over the next 24-48 hours.

heart bypass surgery wiring the breastbone back together