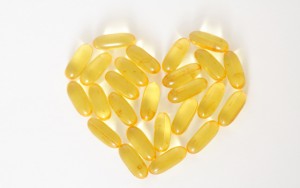 The fish oil diaries may be controversial and upset some people. Fish oil therapy has become a staple of many American’s fight against heart disease. Some take prescription fish oil, over the counter fish oil, cod liver oil, and McDonald’s Fillet-o-fish sandwich, anything to protect our hearts from having a heart attack. In reality is fish oil good for the heart? I don’t know if anyone really knows the answer. We will delve into the facts and touch on some of the controversy. You can make own decision.

The belief in the benefits of fish oil has been to prevent significant cardiovascular events can largely be traced back to a study in from the 1970s. That study followed a group of Eskimos and found that their risk of cardiovascular events was surprisingly lower than comparable groups of people despite their uncharacteristically high fat diet. How could this be? We all know that fat is bad for you. At one point we knew the Earth was at the center of the universe and we knew the world was flat. Upon further review, the Eskimos diets were found to have an unusually high content of omega-3 fatty acids. Could this be the key?  Is fish oil good for the heart?

High fish diet has presented with some conflicting data on the overall benefits to one’s heart health. In general, fish is considered a healthier option than meat such as pork and beef. Decades of data has been accumulated showing that high fish diets result in improved outcomes with coronary artery disease, heart failure and clinical improvements in regards to dangerous heart rhythms originating from the ventricles. Of late, there has been some contradictory research that suggests that the benefits of fish may not be as powerful as we once hoped. However, the American Heart Association feels that the benefits of incorporating more fish in our diets at least twice weekly is still a worthwhile endeavor. Even if a high fish diet does not have the magical effects that we once hoped, common sense tells us that replacing meat with a healthier alternative cannot be a bad thing*.

Sometimes the medical field can be slow to action, particularly if the message is contrary to conventional thought. It may take 20-30 years for a novel ideal to be tested and retested before being accepted as fact, hence the seemingly recent discovery that a diet heavily based in oily fish has heart protective effects. If only we had known before 1970s that a high fat diet may actually be good for you. If only someone had done research perhaps 30 years earlier that showed that certain fats might actually be healthy…

Enter the Mediterranean diet. The power of the Mediterranean-type diet first came to light to the worldwide community during the “Seven Countries Study” in the 1940s. The researchers found that the people that were included from the Mediterranean countries inexplicably had fewer heart attacks and strokes than people from outside the region (does this sound familiar, if not please see the earlier paragraph on the Greenland Eskimos). The benefit could not be explained by the typical risk factors for heart disease such as age, gender, blood pressure, cholesterol, smoking, weight or history of smoking. This flew in the face of classical understanding of what increases cardiovascular risk. Moreover, once a person from that region changed his diet and lifestyle, their risk for cardiovascular disease increased.

Although this information has been available for public consumption (the pun was probably intended) for decades, the Mediterranean diet did not reach the mainstream until the Harvard School of Public Health aggressively pushed the diet into the public consciousness in the 1990s. But why would it take nearly 50 years for the medical community to fully recognize this goldmine? Well, as with the Greenland Eskimos, as much a third of the calories in this dietary philosophy are from fat. Again, we know that fat is bad for you.

To answer the question “is fish oil good for the heart?”, along came PREDIMED. The PREDIMED study was recently published in the New England Journal of Medicine, perhaps the world’s premier medical journal. This large randomized trial shows that making simple dietary changes with the Mediterranean diet does indeed have a profound effect on our heath and is probably the most definitive study to date. The evidence doesn’t stop there. There have been major publications in the Journal of the American College of Cardiology, Neurology, Journal of the American Medical Association, etc. Study after study reaffirms the benefits of the Mediterranean diet on ones health.

People living along the northern shore of the Mediterranean and Morocco have become legendary for their resistance to cardiovascular disease.  Their diet is primarily based fruits, vegetables, nuts, legumes, and whole grain. What is somewhat unique about their diet is the heavy emphasis on healthy oils such as olive oil and fish oil, in the form of saltwater fish consumption, as their primary source of fat.  I won’t focus on the specifics of the diet. You should check our diet and exercise segment regularly as a post will be coming soon.

There is no doubt that a Mediterranean diet is very good for you and one should strongly consider incorporating some of its philosophies into your own diet. There general consensus regarding replacing meat with fish at least twice weekly is also generally positive and should also be strongly considered in dietary choices. What is in doubt is whether adding fish oil supplements without otherwise altering your American-type diet with will be of benefit (For clarification when I speak of an American or Western-type diet I mean one that is low in fruits, vegetables and whole grains but high in processed food, sodium unhealthy fats and red meat). We will discuss this in part to of the Fish oil diaries.

*For those of you that concerned about mercury, the benefits of eating fish far outweigh the potential risks of mercury in everyone other than pregnant women.

Related articles to “is fish oil good for the heart?”