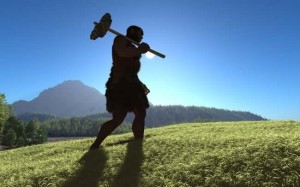 Is The Paleo Diet The Best For Weight Loss?

There has been much publicity and hype about the Paleolithic or ‘Paleo diet’ over the past few years, and for good reason.  It is a novel approach to things, and a welcome change from all the ridiculous fad diets such as the Atkins or Dukan diets, but is the Paleo diet the best for weight loss or just another trend that we will reminisce in the future?

What is the Paleo Diet?

This is an important question that we must first answer before discussing if it has any merits.  The Paleo diet actually has its origins back in the 70s and has been tweaked and modified by several people since to become what we now know it to be.  The interesting thing it that, unlike other diets, the Paleo diet is not owned by any one organization, but instead exists as an idea that different people can adapt and market in different ways.  This is good as it allows variations on a theme but the problem with this idea is that it lacks continuity as different people doing so called ‘Paleo’ may actually be following different rules.

As mentioned at the start, the word Paleo actually stands for Paleolithic.  This refers to the paleolithic era whose beginnings date back 2.6 million years and is more commonly known as the Stone Age.  The theory is that this was a time before the development of agriculture and manipulation of natural foods, and as such the foods that they consumed back then were what human beings were designed to eat.

The paleolithic period ended about 10,000 years with the development of agriculture, and this is where advocates of the Paleo  diet say everything went wrong.  They claim that the rapid introduction of agriculture over such a short time period (yes, 10,000 years is minutes in evolutionary terms) has not been anywhere near enough time for the body to adapt to processing these foods, and as a result we are suffering many of our modern diseases such as obesity, diabetes and heart disease.

So is the Paleo diet the best for weight loss?  Proponents of the Paleo diet go as far as to argue that by eating a Paleo diet we can eliminate many of the health problems that we suffer in modern day society, and it is here that they may, in proverbial terms, have bitten off more than they can chew.  There is no doubting that the paleo diet is healthy and makes sense, but the bold claims they make about impact on and cause of disease are based on very little research and as a result have opened them up to much scrutiny.  We will go more into this a bit further on.

What are Paleo foods?

The core belief of the Paleo diet is fresh and natural.  Fruit, vegetables and meat form the bulk of the diet, and unlike conventional eating habits, form the basis of each meal, including breakfast.  Unlike other diets, Paleo allows natural fats such as certain oils and calorific fruits such as coconut and avocado.  Another way of looking at it is as the ‘Hunter Gatherer Diet’.  If you can hunt it (meat, fish, etc) or gather it (fruit, vegetables, certain roots, nuts) then it is allowed.

On the other hand, grains (wheat, barley, rice, oats), dairy products (milk, butter, cream), legumes (beans, peanuts), some roots (potatoes), refined sugars, processed oils and alcohol are forbidden.  This can lead to things being a little more complicated than first seems as natural foods such as potatoes or peanuts which could have been found hundreds of thousands of years ago, and gathered, cannot be eaten on the paleo diet, whereas others, such as sweet potato, can.  The reasons for this are at most speculatory (based on little if any science) and form one of the weaknesses of the Paleo diet.

What is the composition of a Paleo meal?

The paleo diet advocates a similar composition of macronutrients in each meal, and it achieves this by removing the restrictions of what constitutes the conventional meals.  As a result breakfast, instead of consisting of a bowl of cereal with milk, actually contains a more substantial protein source such as meat, and in fact is no different to lunch or dinner.  At first this may seem strange, but when you look further you see that breakfast cereal is actually an invent of the past 100 or so years and before this breakfast was no different to any other meal.

The actual macronutrient breakdown of a Paleo meal differs from ‘normal’ in that it it has a higher amount of protein and fat, and this is achieved by reducing the carbohydrate content.  Paleo meals are actually very bulky and substantial, so how come there are so fewer calories compared to a bowl of cereal?  Well the answer is in the fact that fruits and vegetables are actually very low in energy density (typically 0.4-0.8 calories per gram) when compared to their breakfast cereal counterparts ( typically 4 calories per gram).  This means that on Paleo you can eat a lot more food for a lot less calories!

Is the Paleo diet backed by science?

This is a very important question and is where the Paleo Diet has landed itself in trouble by claiming to be the answer to many of the worlds health problems.  There are studies out there in favor of the paleo diet, but the problem is that many of these are ‘observational studies’.  In effect this means that the assignment of the subjects (people) in the study is outside of the control of the investigator.  This vastly limits the usefulness of the outcome and instead the result can be more accurately classed as ‘giving us an idea’ about the possible effect of the treatment (diet).

They make claims based on observing hunter gatherer tribes, and claim that the reason they remain healthier for longer is because of the diet they consume.  The problem with this is that there are too many confounding factors (variables) that may actually be responsible for the differences noted.  There are a few interventional (more reliable) studies around on the Paleo diet, but the problem is that they seem to consist of too few subjects, done over too short a time, and are too few in number to reliably prove anything.

Don’t get me wrong; the lack of conclusive scientific evidence does not stand to disprove the Paleo diet.  The evidence does show some promise, but until much more work is done over longer periods (especially if you are going to claim the diet will make you live longer), the Paleo diet can be seen as anything but conclusive.  Put it this way, if the Paleo Diet were a drug, it would be nowhere near becoming FDA approved!

So what are the positives?

Well there are many positives to the Paleo diet.  As an idea it is fundamentally correct in what it tells us.  It champions fresh, healthy natural foods which have sustained humans for countless generations before modernization took hold.  It is hard to argue against a way of life that consists of good foods on a daily basis, and sustains all of our nutritional needs.  It is a neatly packaged diet with many set rules and there is a lot of information available in the mainstream.

Is the Paleo diet the best for weight loss?  If you want to lose weight, following the Paleo diet will certainly help you achieve this, and will probably make you feel more energetic and robust.  Countless people have taken up the Paleo diet and managed to achieve their weight and image goals.  It has also been demonstrated by many professional athletes that the human body is capable of a high level of performance on the Paleo diet and this has made science change the way it looks at the need for simple carbohydrates in exercise (more on this in a later article).

Although there are many valid reasons to to follow the Paleo diet, there are some areas it falters.  One of the biggest reasons I feel the Paleo diet will fail to take off is that is is too strict in its teachings.  It almost preaches the eating of only ‘organic eggs’ with the right omega ratios as opposed to those that are simply free range (there was a time when this was classed as the healthy egg!), or pasture raised ‘grass fed beef’ as opposed to those fed grain.  One of the problems with this philosophy is that instead of taking a good idea and making it accessible to the masses, they have instead gone the other way and isolated those who can’t afford it (grass fed beef and organic produce are not affordable on the budget of the average American or European family).  The fact is that as good as the paleolithic way of life was, we now live in the 21st century.  The population is far greater than it ever was in paleolithic times, and without grain or dairy we would simply not be able to sustain it.  This makes the Paleo diet inapplicable to the nation as a whole.

Another problem with the Paleo diet lies in its sustainability as a way of life.  Like it or not we are surrounded by foods that aren’t Paleo friendly, and this is not going to change.  Like other diets, Paleo offers a good solution for weight loss, but as a way of life it falters by not making allowances for those foods which we still want to enjoy.  Only those that are truly obsessed are going to be able to follow the teachings of the Paleo diet for a lifetime, and it is for this reason that the Paleo diet may one day find itself at the wayside.

Concluding Thoughts – is the Paleo diet the best for weight loss?

In conclusion, the Paleo diet is an excellent idea based on healthy foods and sound principles.  Those who follow it will certainly normalize their bodyweight and likely feel the benefits too.  You might have tried taking phentermine or any other weight loss tablets and still looking struggling to lose weight? Read on. There are a lot of health and longevity claims made by those that champion the diet, but until science takes more of an interest in the diet, these claims simply cannot be substantiated.  The fact of the matter is that if you took the key principles of the Paleo diet (fresh fruit and vegetables with good sources of protein) and combined them with sprinkles of everyday eatings (rationed allowance of Paleo banned foods such as bread, dairy, beans etc), you would likely achieve many of the same benefits and moreover have a much higher chance of sustaining these changes (reduced bodyweight and healthier eating habits) into the future.