Home / General Health / DO vs MD – What’s the Difference?

NEW: Updated for 2018! Check out the updated Physician Specialty Data Report for more information about the differences between DO vs MD!

If you’re trying to determine the difference between an MD and a DO, you almost certainly fit into one of two categories. You’re either a student considering a career in medicine or a patient wondering if a doctor with DO credentials is equally qualified to treat you as MD. Regardless of which category you fit in, this article will explain how D.O.’s differ from M.D.’s. But first, let’s quickly define a few terms.

What is an MD?

When most people think of a physician, they’re thinking of an M.D. – standing for Medical Doctor or Doctor of Medicine. MD’s practice a form of medicine called allopathic. James Whorton, the man credited with coining the phrase, explained that Doctors of Medicine (M.D.’s) use treatments that affect someone who’s ill differently than someone who’s healthy. For example, an antibiotic taken by someone without a bacterial infection would not improve his or her health.

Short for Osteopathic Doctor, DO’s receive their medical degree from a U.S. osteopathic school. Unlike MD’s, a DO is accredited by the American Osteopathic Associate Commission within the Osteopathic College Accreditation (COCA).

D.O.’s are trained to have a more holistic approach to medicine and follow a medical philosophy called osteopathic medicine. DO’s are trained to consider a patient’s environment, nutrition, and body system as a whole when diagnosing and treating medical conditions.


For example, they’re required to take an additional 200 hours of training in osteopathic manipulative medicine – the practice of manipulating musculoskeletal tissue to relieve pain – versus an MD which would, in theory, suggest taking pain relievers.

DO vs MD Salary: Do MDs Make More Money Than DOs?

Technically, a DO’s salary is no less than an MD’s salary. In other words, a doctor’s annual salary is determined by a number of factors, primarily their field of specialization (radiologists, plastic surgeon, cardiologists, family medicine, etc.). Whether or not a practicing physician is a DO or MD is not one of these factors.

However, if you look at the raw data, you’ll notice the average annual wages of an MD are slightly higher than a DO. This statistic is misleading. MD’s tend to earn larger salaries, because they tend to specialize, attend school for several additional years, and live in metropolitan areas where the cost of living is much higher; not because the initials after their name are MD rather than DO. 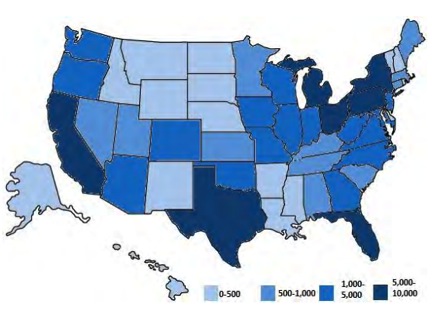 This map explains the DO vs MD salary debate. As you can see, DOs tend to practice in states dominated by rural communities. The cost of living in a particular city is one of the biggest factors in determining one’s salary. So, by nature, if MDs tend to live in large, metropolitan areas (near major hospitals), then they will generally have higher salaries.

DO vs MD FAQs Answered by Doctors

People seem to have a lot of specific questions about the differences between MDs and DOs. If you have any additional questions, ask them in the comments and a doctor will answer you directly!

A DO is licensed just like an MD. As such, a DO can write any prescription an MD can.

Becoming an MD or a DO both require an exceptional amount of drive, tenacity, and intelligence. D.O. programs actually have lower acceptance rates than M.D. programs. And, DO’s are required to take an additional 200 hours of coursework. But, in all honesty, neither track is more or less difficult. It’s more important to determine which is most inline with your personal and professional goals.

Do DOs have lower MCAT scores?

You can find an interesting spreadsheet on the average MCAT scores and preference of DO vs MD by state here.


What do all of these Acronyms Mean?

Early medical education wasn’t as formalized as you might think. For example, surgeons and physicians were considered entirely different careers. 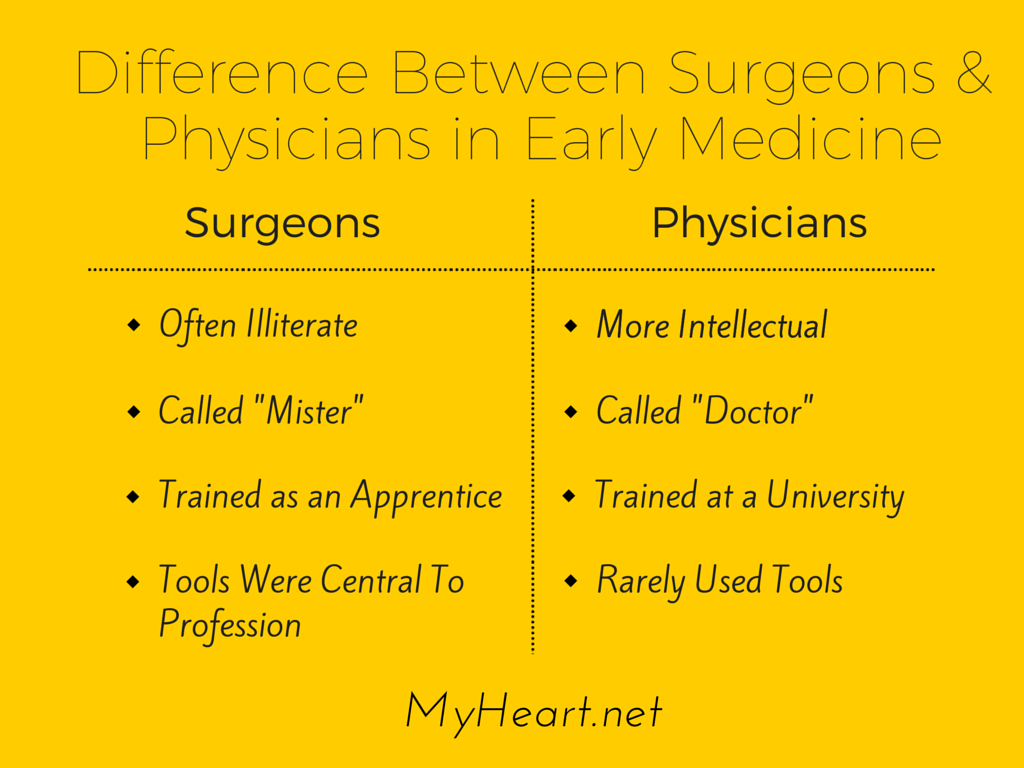 Also interesting, medical students were taught almost exclusively through lectures (without any real interaction with patients). 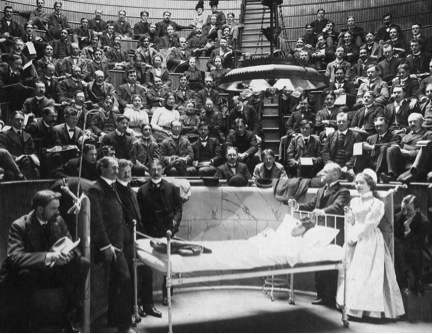 However, medical education eventually became more structured, giving way to formalization of the Medical Doctor (MD) and Osteopathic Doctors (DO) as we know them today.

Some argue the history of the medical doctor degree started began when the American Medical Association was founded (1845). The AMA is credited with establishing modern educational standards and curriculum for the degree of Doctor of Medicine, including:

However, most historians assert the formal model of MD education was established at John Hopkins – nearly 80 years later – when Dr. William Osler introduced the idea of clerkship. For the first time, medical students were given real, hands-on experience under the eye of an experienced doctor. Over the years, the MD program continued to evolve into the current, four-year degree program for MDs.

When this article was written, there were 141 accredited, MD-granting university and 31 DO-granting medical schools in the United States. Today there are three additional DO-granting schools.

Andrew Taylor Still was the father of osteopathy. A frontier physician, Still became disillusioned with allopathic medicine when his children died from meningitis.

Still developed a theory based on the comparison of the human body to a machine. He argued that the human body functions well if it’s mechanically sound. And, it’s the physician’s role to improve its mechanical functioning.

Only five years after forming the American School of Osteopathy in 1892, Still had over 700 students. (Unlike MD’s, women and minorities were encouraged to become professional physicians from the start.)

During the 1900s, Still and his disciples continually proved the validity of the osteopathic approach. In 1973 their persistence was rewarded, and DOs were officially given full rights to practices in all states.

Today, DOs are respected among MDs as equally capable and educated medical professionals.

Summary: Understanding DO vs MD

In the United States, doctors are either an MD (allopathic doctor) or DO (osteopathic doctor). For patients, there’s virtually no difference between treatment by a DO vs MD. In other words, you should be equally comfortable if your doctor is an M.D. or a D.O. For those pursuing a career in medicine, hopefully this article has helped your quest to become a licensed physician.