What is the Mitral Valve ?

What is mitral valve prolapse? 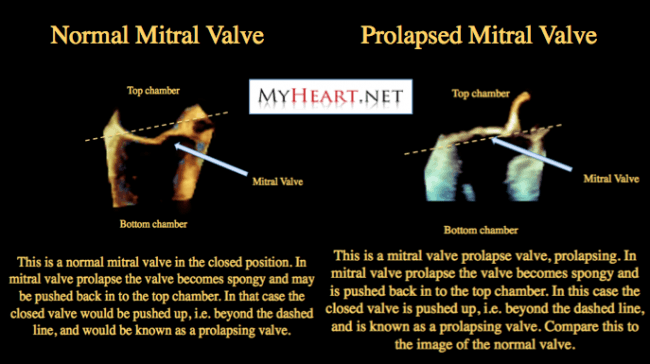 Remember that the mitral valve is there to stop blood flowing backwards in to the top chamber when the bottom chamber of the heart pumps blood out to the body. For this reason, the mitral valve normally has tough, leather like consistency, however in mitral valve prolapse it becomes soft and literally spongy like. Unfortunately, due to the diseased sponge like consistency of the mitral valve in ‘mitral valve prolapse’, it is unable to handle the normal stresses generated by the squeezing of the bottom chamber, and so it gets pushed up or lets say ‘prolapsed’ up in to the top chamber.  See the difference between a normal valve and a ‘prolapsing’ valve in the pictures above. 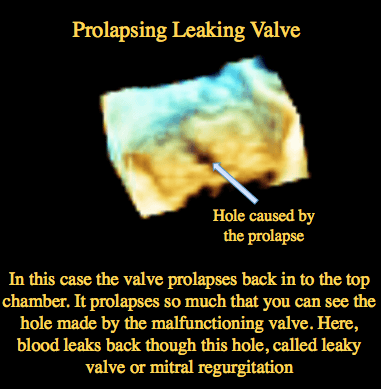 Is Mitral Valve Prolapse Causing All My Symptoms?

The key here is to know exactly what you are dealing with. Unfortunately most people who have ‘mitral valve prolapse’ do not have a clear definition of what they are dealing with which often leads to a great deal of misunderstanding. The way I explain it most simply is as follows.

There are three elements a, b and c; people may have one of these, all of these or none of these!