What is Mitral Valve Repair Surgery? 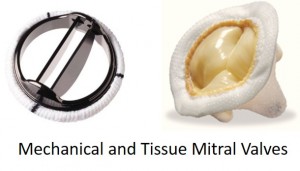 The patient is then placed on a heart lung machine. This is important as it takes over the work of oxygenating the blood and delivering it to the rest of the body. It allows us to stop the heart and work on the mitral valve. The valve is then repaired using a number of techniques. Mitral valve repair surgery is very much an art form and experience is key. Techniques include putting in chords in place of the ruptured chords that led to the leaky valve in the first place. Cutting out extra mitral valve leaflet tissues for large prolapsed valves and making other modifications to the valve leaflets to prevent further leakiness. Finally a band is typically placed around the valve known as an annuloplasty ring. This is due to most patients with mitral valve disease having a larger than normal annulus.

Once the valve is repaired, the valve is tested to ensure the leakiness has resolved. Occasionally further modifications will need to be made. The heart is then restarted, the patient is taken of the heart lung machine and the chest is closed. The whole process may typically take between 2-4 hours depending on how complex the mitral valve repair surgery is.

Can all Mitral Valves be Repaired?

The simple answer is no, however its important to remember that in the right hands, the majority of valves can be repaired. The things that may prevent a valve from being repaired include, too large a heart, a very degenerated and calcified valve and a rheumatic heart valve. There may be a lot of mitral annular calcification making it difficult. Experts can repair even some of those. Importantly some experts may say that a replacement is preferable because although the valve can be repaired in the short term, the likelihood of recurrence is so high that a replacement makes more sense. A surgeon with a proven track record of repair and appropriate experience should only make that decision.

Can Mitral Valves be Repaired Without Surgery?

Advances in technology have meant that there are ways in which the mitral valve can be repaired without having to undergo open-heart surgery. The most well known example of this is the Mitraclip procedure. The Mitraclip procedure is described in detail in this linked article. Currently the Mitraclip is reserved for patients that are considered too high risk for traditional mitral valve repair surgery. When I perform these procedures, a heart team that includes interventional cardiologists, cardiac surgeons, and imaging specialists to decide the best possible option for the patient assesses patients.

What is Robotic Mitral Valve Repair?

Robotic mitral valve repair surgery is an exciting option that involves the use of the Da-Vinci robot. This allows the mitral valve to be repaired through the use of very small incisions on the chest wall and avoids the need for a sternotomy. This option is not available in many centers and is highly dependent on the experience of the surgeon performing it. In the right hands it is a good option that allows a quicker recovery time than conventional open-heart surgery. 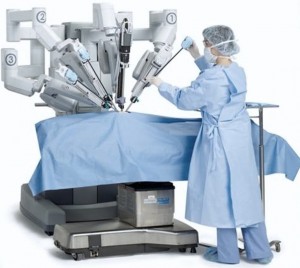 How long does a Mitral Valve Repair Last?

This depends on the operation performed and the condition of the valve and the heart at the outset. In general, if performed in an experienced center the probability of needing another operation in 15yrs is about 10%. In general mitral valve repair should be considered a long-term solution.

What are Restrictions after Mitral Valve Repair?

Patients are placed on a blood thinner called Coumadin for 4 weeks after the repair. If a full sternotomy is performed where the chest is cut open down the middle then there should be no heavy lifting for 8 weeks. Driving can usually be resumed after 2-3 weeks. Heavy lifting work can be resumed after 10 weeks. Office work can be resumed typically when the patient feels like it. At first half days rather than full days may be preferred. Recovery time is likely much quicker after robotic surgery. With the Mitraclip procedure patients may even be able to go home the next day.

As a structural heart and valve specialist I cannot emphasize enough the importance of going to a very experienced center when mitral valve surgery is being considered. This is for a number of reasons.