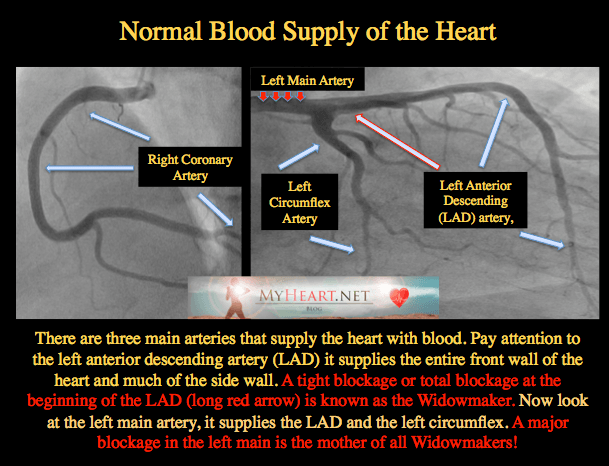 Why Is It Called The Widowmaker?

No one knows who exactly coined the term. The fact is though heart blockages in the regions described below, known are known as the Widowmaker because they are known to be life threatening. This is because these blockages are right at the beginning of the main blood supply to the heart. If the artery goes down here, so does everything after that! Before we discuss the mother of all Widowmakers, lets take a minute to review a previous post on the Widowmaker (WIDOWMAKER PART 1), where I described the most common form of the Widowmaker artery heart attack, a blockage right at the beginning of the left anterior descending artery, also known as the LAD. This is demonstrated nicely in the pictures below. Also demonstrated is how this was fixed with a stent procedure. 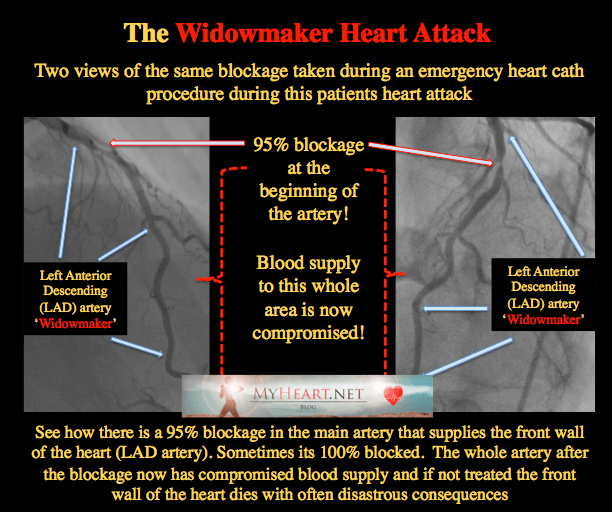 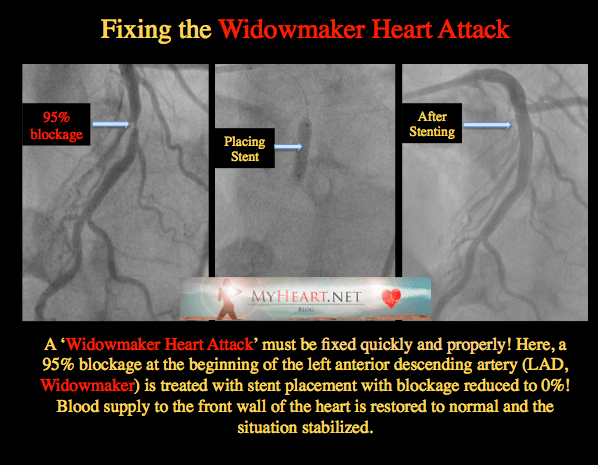 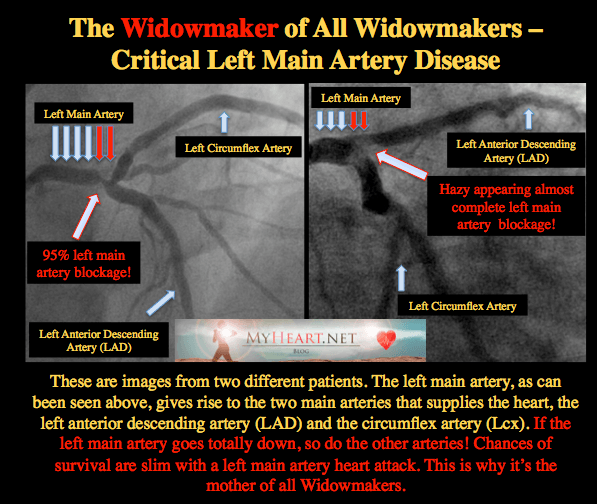 Can You Fix The Left Main Widowmaker?

A high-grade obstruction in the left main artery, particularly where it divides in to the two other arteries, is typically treated by urgent or often emergent open-heart surgery. Currently, for complex left main artery blockages, open heart surgery is felt to be the preferred treatment option. This is to avoid the Widowmaker heart attack! If someone survives a Left Main Widowmaker and makes it to hospital then they are very, very, lucky. Unfortunately most will not. It’s more common to present to hospital with the LAD (left anterior descending) form of Widowmaker and in this case the reason for survival is that there is still blood supply to the left side of the heart from the circumflex artery. Unlike the left main Widowmaker, in which case no blood can flow beyond that! Sometimes, I have to perform a complex procedure and use a stent to fix even a Left Main Widowmaker, for example if the patient is felt too high risk for surgery. The picture BELOW shows one such case, before and after the use of a stent, with an excellent result, to treat a left main Widowmaker blockage. 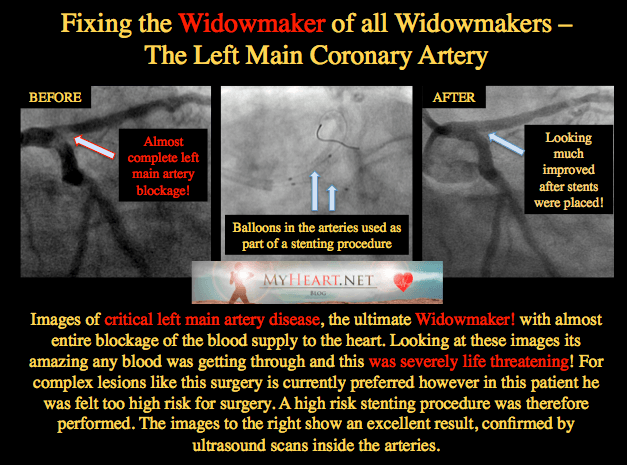 You may also want to read

Did that stent save my life?

Do i need an aspirin every day?

Afib with RVR – when the heart loses control