Home / Weight Loss Secrets – Why Do We Put On Weight? 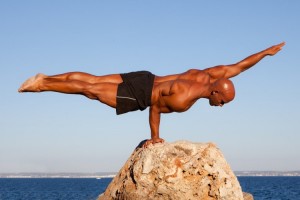 A lot of the information you read out there on random websites is based on nothing more than people’s opinions or experiences.  Although this can sometimes carry some merit it should be taken very carefully as there is often no basis behind the claims.  It is often very misleading as people trust what they read and go away believing false information to be correct.  It may even surprise you to know that recommendations put forward by the government agencies, sources you would think to be reliable, on things such as recommended intake are themselves based on very little science.

What I want to do is present you the information that is out there in the form of journals in the scientific community in a way that you can understand, even if you don’t have a scientific background.  This way you can decide for yourself if you think something is correct rather than relying and trusting others to do it for you.

An important question to address when thinking about weight loss is why do we put on weight in the first place?  To understand this we must first look at energy balance.  Energy is stored in the body in three different forms.  Fat (120 000 calories worth in the average 70kg individual), protein and glycogen (carbohydrate stored in the liver and muscles approximating about 3-4000 calories when stocked).  An important equation to remember that explains exactly why we gain or lose weight is

So if we take in more than we use, we put on weight and vice-versa.  It has been shown again and again that the body keeps its protein and carbohydrate stores remarkably constant, so in general most weight gained or lost on an everyday basis is through fat stores.

You will often hear people saying that they hardly eat anything yet still put on weight and that it is a result of their slow metabolism.  As this is such a common notion and often used as an excuse to stay overweight we should explore it in more detail.  Looking at the equation, what they are saying is that their energy stores (fat) are increasing despite a low energy intake.  This can only mean that his or her energy expenditure must be reduced compared to someone who does not put on weight.

So what does energy expenditure consist of?

Using a respiration chamber it has been determined that the overweight individual has a higher BMR than a lean individual, which is likely due to an increased fat free mass.  Even more importantly when corrected for fat free mass the metabolic rate of both individuals is often the same.  So this is not the reason they put on weight.

So it must be down to diet-induced thermogenesis.  Well no, this is the same for everyone so cannot be held responsible.  So despite what people may think, the reason we put on weight is not due to a reduced metabolic rate but is quite simply down to eating more food.  Once this is understood and accepted, the individual becomes empowered to lose weight, as they know it’s not as a result of factors outside of their control that they are heavier than intended.

Another important question people ask is why, if you constantly overeat, do you not keep putting on weight after a certain point?  This is interesting and occurs because the body burns more energy as it puts on weight, and eventually the extra energy burnt adds up to the extra being eaten and bodyweight remains constant.  If you were then to up your calorie intake you would once again put on weight until you stabilized at a higher level.  So an overweight person needs more calories to maintain their bodyweight than a lean individual does theirs. You might have tried taking phentermine or any other weight loss tablets and still looking struggling to lose weight? Read on.

So in summary it appears that although important, metabolic efficiency is not the main determinant of someone being overweight, but it is instead related to an increased intake of energy in the form of food.  Now we understand this concept we can go on to discuss why people may eat more than they need, what is the driving force behind appetite, and the effect of different diet compositions on weight gain.