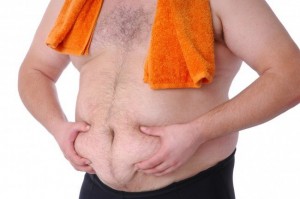 Will Muscle Turn Into Fat if You Stop Lifting Weights?

One of the most damaging but commonly believed myths out there about exercise is the thought that if you stop exercising, all of the muscle that you have built or developed will be converted to fat. Several people who I have been involved with over the years had actually been using this as an excuse not to lift weights as they don’t want to get fat if they stop. We have already discussed the importance of incorporating resistance training into your exercise regime, and it is for this very reason that I feel we need to dispel this myth once and for all.

So Does Muscle Turn Into Fat if You Stop Lifting Weights?

I guess an important place to start would be in discovering from where this myth originated. I think the most likely place would have been from peoples perceptions after seeing their fit sporting heroes becoming fat and out of shape as they stopped training. You only have to look at former athletes such as Mike Tyson to see why people might have developed these ideas. In their prime they were tremendously built physical specimens, but now they are no longer active in their sports they, look quite the opposite. So what happened?

The first thought to come to mind is that all that muscle, once it became unused, broke down and turned into fat. This sounds like a reasonable assumption but when you look into the science, it has no basis. Muscles are made up of lots of small fibres, and each of these fibres are formed mainly from proteins and water. Muscles are developed in response to stress in the form of resistance training. It is true that once this stimulus is removed, the muscles sense they are no longer needed and the body breaks them down, but fat is not their fate!

Much of muscle mass is made of water, and this is just urinated out along with the other excess fluid in the body. So what happens to the proteins? Firstly they are broken down into amino acids (the molecules that make up proteins) and from here they have a few different fates. Some amino acids will be recycled and used to repair and replace different tissues in the body, the same fate as much of the proteins you eat. A few will be oxidised to provide energy, and the rest will simply be broken down and flushed out of the body in the urine by the kidneys. A very small amount, if any, of the broken down muscle tissue will be converted into fat.

So if this isn’t the reason these muscly athletes end up overweight and out of shape, what is? Well luckily there is an answer that can be simply explained. Athletes are remarkable physical beings, capable of intense, prolonged training sessions. These bouts of training along with the subsequent recovery, require a tremendous amount of energy in the form of calories. It is not unknown for athletes to consume upwards of triple the normal daily allowance of calories in order to fuel their training.

This energy requirement demands large volumes of food on a regular basis, and with this comes a large appetite. Over time these athletes get used to eating all the food they like, but unfortunately for them when their training stops sometimes their appetite doesn’t follow. This results in them continuing to eat like they are training, even though they are not, and as a result they put on weight and get out of shape!

So the reason some people get fat when they stop lifting weights is because, quite simply, they eat too much.  And as we all know this is the same reason anyone who puts on weight does so. People who were once muscly often find it hard being fat and they create excuses that remove the blame from themselves, which can then sadly have the effect of stopping others exercising. The sad fact is that those who refuse to lift weights for this reason often end up fat and out of shape anyway, so gained none of the benefits of resistance training but still became what they feared. Luckily however, you now know otherwise!

So In Conclusion – Will Muscle Turn Into Fat if You Stop Lifting Weights? – Quite Simply – NO