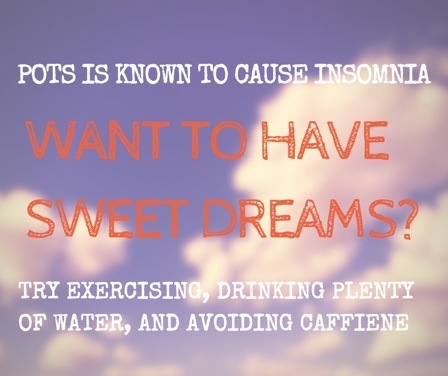 POTS syndrome patients have orthostatic intolerance. This basically means there is difficulty remaining in a standing position due to development of symptoms such as dizziness, almost passing out, and classically a dramatic increase in heart rate. Other complaints include poor exercise tolerance, weakness, mental fog and fatigue. Sleep disturbances have also been well characterized in P.O.T.S syndrome. Several studies have looked in to this, and we will briefly review them here.