What is the Mitral Annulus? 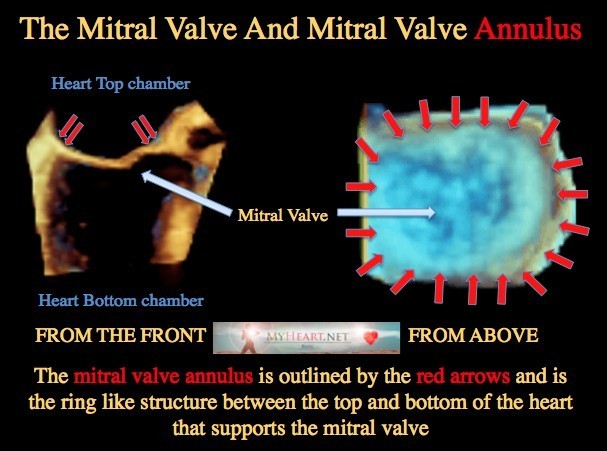 What is Mitral Annular Calcification? 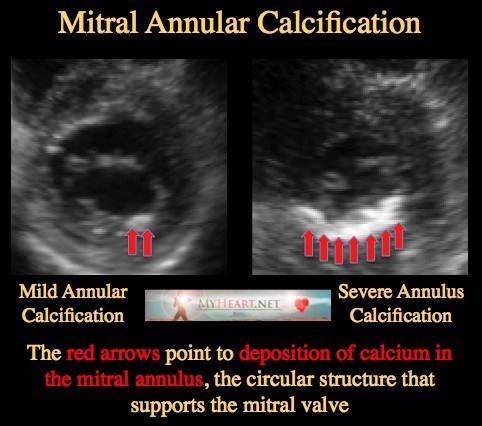 Several studies have looked at the association of mitral annular calcification and the development of cardiac and other events. There is increased risk of heart attacks, stroke and death from cardiovascular causes. There is also an increased risk of development of atrial fibrillation with RVR, an irregular heart rhythm. The risk is probably explained by the fact that patients with mitral annular calcification have risk factors for cardiovascular disease. The presence of the calcium itself is unlikely dangerous.

The presence of mitral annular calcium makes it harder for surgeons to repair the mitral valve, as surgery is technically more challenging. The calcium in the annulus can make the flexible valve more rigid and predispose to a leaky valve, however that is usually not significant. Mitral annular calcification is rarely associated with obstruction to blood flow and therefore typically will not have symptoms.

Caseous Calcification of the Mitral Annulus

Caseous calcification of the mitral annulus is a rare type of mitral annular calcification where there is extensive calcification and infiltration of the annulus accompanied by a liquid center, a process known as liquefactive necrosis. As can be seen in the picture, this has a remarkable appearance. It is usually benign, however it is important it is recognized, as it can be mistaken for tumor or other more dangerous complications that can lead to unnecessary interventions such as operations. Sometimes it resolves spontaneously. 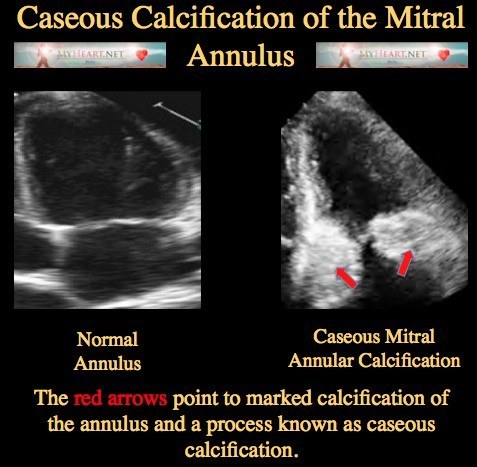